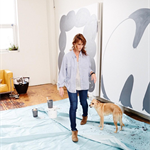 Deceptively simple, Amy FeldmanĀ’s large acrylic paintings feature loosely geometric motifs set against areas of bare canvas. New York Times critic Roberta Smith once noted Ā“a kind of back-to-basics abstraction characterized by simple forms, not much color and an emphasis on process.Ā” This process ensues from a vague vision of the finished work and entails thumbnail sketches, taping the shapes onto the canvas, and finally, painting; FeldmanĀ’s images evolve considerably along the way. In letting the paint drip where it will, Feldman seeks to retain the casualness of her preliminary sketches, often based on her surroundings, yet she also strives for poise. Ā“I think, the unfinished (or seemingly unfinished) quality in my work feels like it is in a dialogue with the landscapeĀ…the forms are carefully articulated yet under-polished,Ā” she explains. American, b. 1981, based in Brooklyn, New York 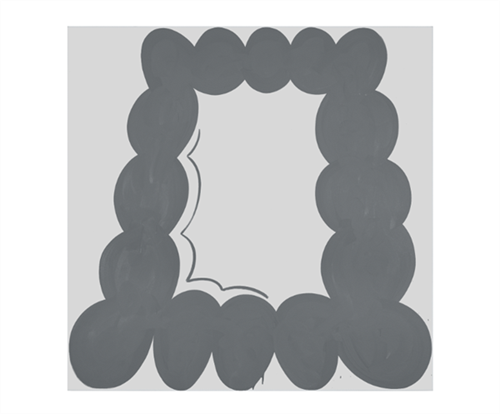