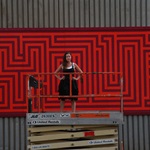 Ann Lewis (American, 1981) is best known for her politically charged and often uncommissioned take overs of public space. As a multidisciplinary activist artist using painting, installation, and participatory performance she explores themes related to American identity, power structures, and justice. The work often incorporates repetition through graphic elements, and a limited color palette while conveying messages around social justice issues such as gentrification, womens rights, and police brutality. In early 2014 the artist garnered national media attention when she installed an oversized police tape banner that read GENTRIFICATION IN PROGRESS at the former graffiti mecca 5 Pointz in Queens, New York. Her work was exhibited at the White House in the fall of 2015 during the Obama Administration's reflection on mass incarceration and has been acquired by the New York Historical Society Museum and the US Library of Congress. Most recently she has been named a 2018 Artist-in-Residence at the Santa Fe Art Institute Residency for Equal Justice. 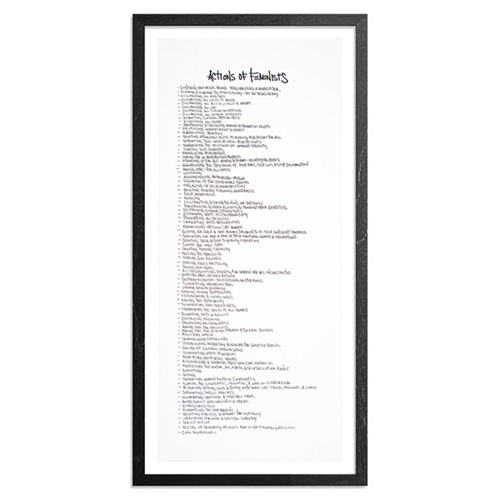