Arno BeckÂ’s prints and conceptual paintings evolve around digital aesthetics and focus on analog production of digital images. Engaging with the language of digital culture the motifs are based on low resolution computer graphics, games and interfaces. It is an interplay between the contemporary digital screen world and traditional techniques. Focusing on the analog production of computer generated imagery, he transforms those digital images into the pictorial space, capturing digital aesthetics with painterly means. With his hand he interferes where the machine claims its field of competence - humanizing technology and making it less perfect. Due to the lengthy manufacturing process, the deceleration itself becomes a main aspect in times of constant information overload and hasty screen based interactions. The screen world rejects any kind of physically experienceable surface structure and with increasing digitalization the human desire for haptic grows. Consequently, the transformation of those screen based impressions and the materialization into physical, haptic existence become one of the key aspects in his work. The series of typewriter drawings is rooted in that search for an analog translation of digital imagery into the pictorial space. As these drawings are achieved by typing line by line on Japanese paper using an old-fashioned manual typewriter, Arno Beck utilizes different letters and symbols, which create a variety of differing brightness values. On closer inspection they could remind the viewer of binary codes, emphasizing the connection between the imagery and the digital world. In that particular series he depicts landscapes on an almost photographic level and includes elements from low resolution computer games. By combining those layers, Arno Beck fuses two completely different display modes into a seamless unity, exploring our relationship with the different perceptual realities surrounding us. 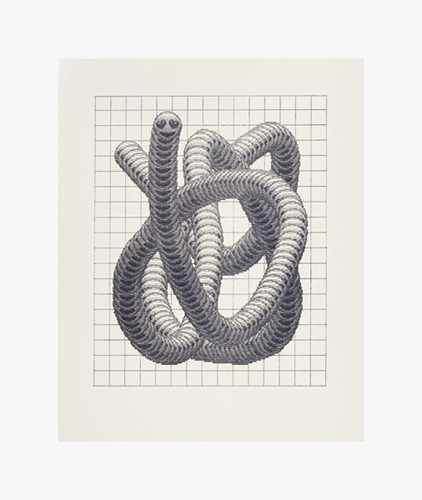 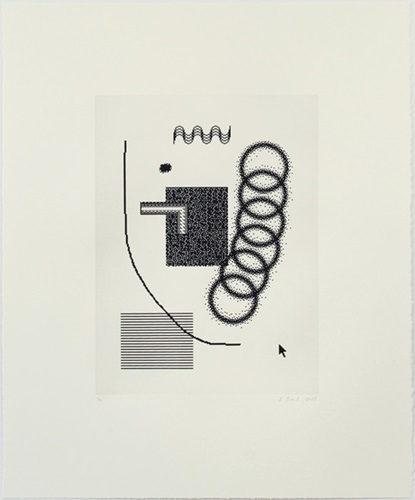 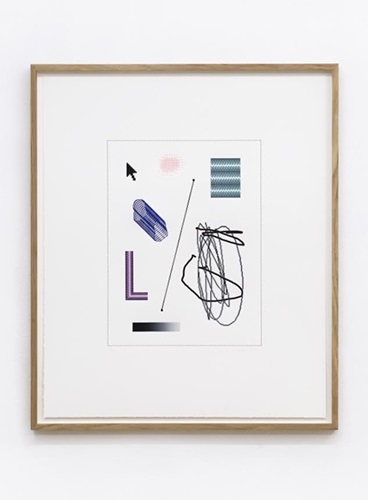 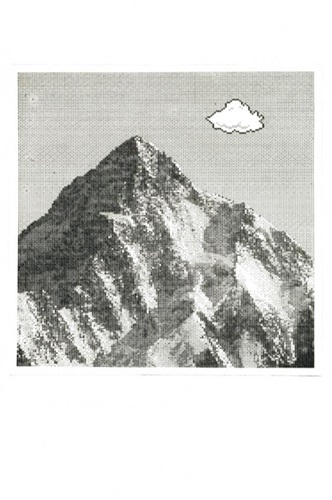 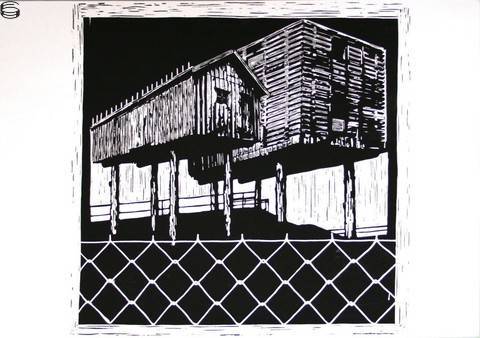