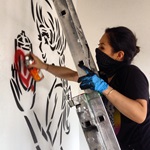 AIKO was born in Tokyo, Japan and has lived and worked in New York City since the mid 90s. She received a BFA at Tokyo Zokei University in the field of graphic design and filmmaking, before taking her MFA at The New School, NY graduating with honors in Media Studies. . Her work in film has been highly influential on Urban Pop; she directed the seminal digital biography on Takashi Murakami, Super Flat [1998] and ran his studio in Brooklyn long before he was internationally known. In 2005 she collaborated with Banksy, posing as a Japanese tourist and taking the now famous pictures of him doing unauthorized installations at MoMA, the Brooklyn Museum, The Museum of Natural History and The Metropolitan Museum which catapulted that artist to fame and was later used in his Academy Award winning documentary Exit Through The Giftshop. After her apprenticeship and work at Murakamis studio, AIKO teamed up with two young American artists known as FAILE, collectively creating work for the outdoors, galleries and print editions. After 5 years of collaborating in the US and international streets and museums, she departed the group to develop her individual artist career as AIKO. Her paintings utilize mixed media including spray paint, acrylics, latex enamels, oil bars, coffee stains, rhinestones, glitter and pigments. Her images often come from her daily documentation and photography, and she applies such techniques as collaging, stenciling, silk screening and hand painting to create a dense, layered image full of life and positive energy, as her name AIKO [Translation:LADY LOVE] would suggest. After years of living in the US , AIKO has fluidly hybrid the essence of American contemporary art movements such as Abstractionism , POP Art , Graffiti and Street Art with the Japanese traditional aesthetic in which she was originally trained. Her paintings and murals tell a story, playfully portraying femininity, sexuality and the beauty of human life and her historical important is that she has the inside track to be the artist who unites Western and Eastern culture with her work. AIKO is recognized in the contemporary art world as among the most important artists to emerge in the new millennium. She is also well respected with the graffiti and street art scene. Her large scale works indoors and outdoors are installed in many cities, including the Wynwood Wall Project ( curated by Jeffrey Deitch) in Miami, commissioned pieces for the Standard on both coasts and the commission to re-paint the historic Keith Haring Wall on Bowery and Houston, the urban center of downtown NYC in 2012. For the season of spring and summer in 2013, Louis Vuitton released an AIKO silk scarf as a collaborative accessory line of FOULARDS DARTISTES. The Japan Society will majorly feature her work in a landmark exhibition in March 2013 Edo Pop: The Graphic Impact of Japanese Prints Her work has been exhibited at the MACRO Future Rome Italy, Shanghai MOCA China, Brooklyn Museum NY and PS1/MOMA as well as other major museums and galleries globally. 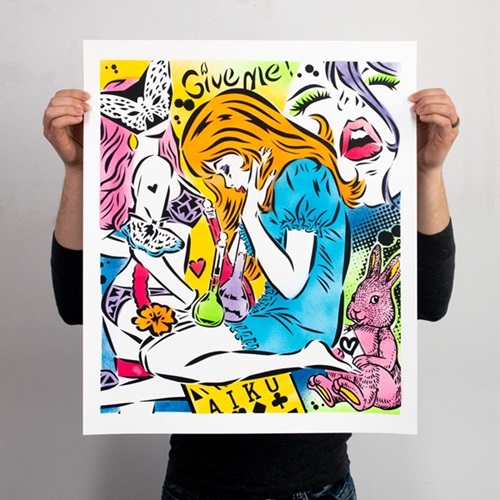 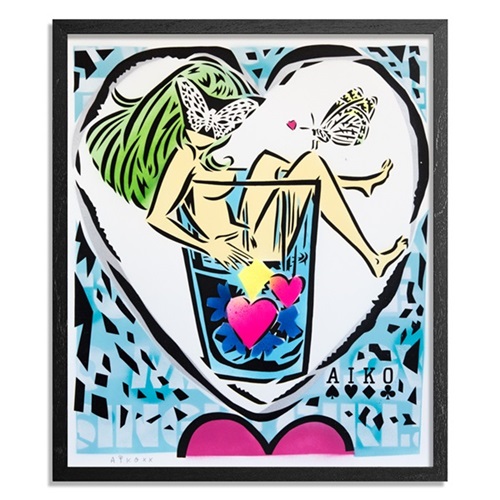 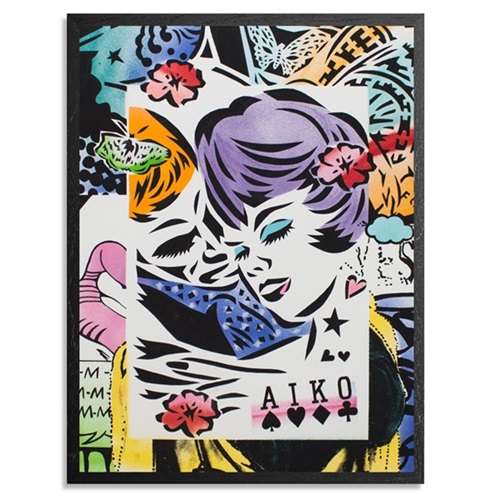 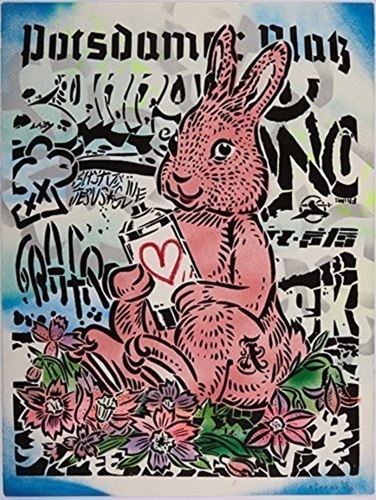 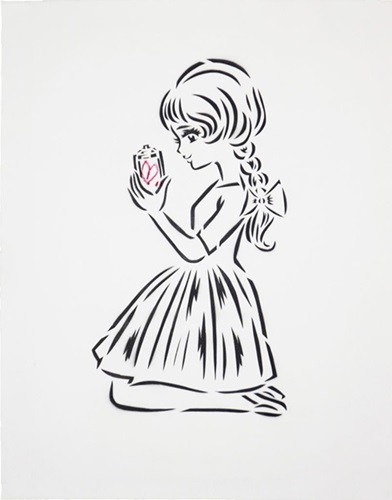 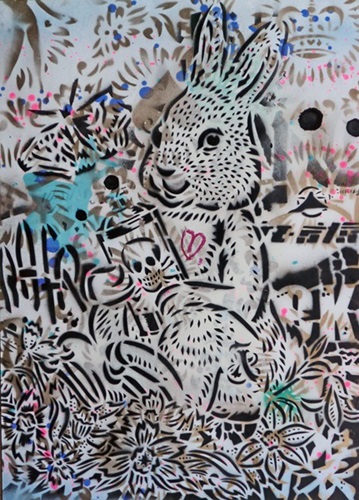 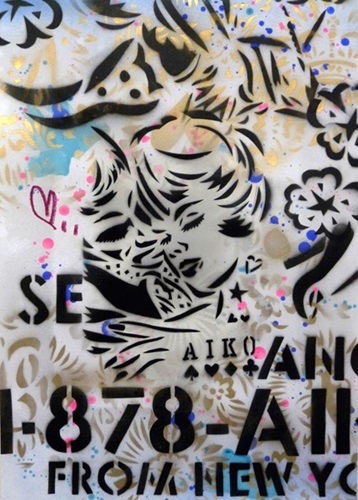 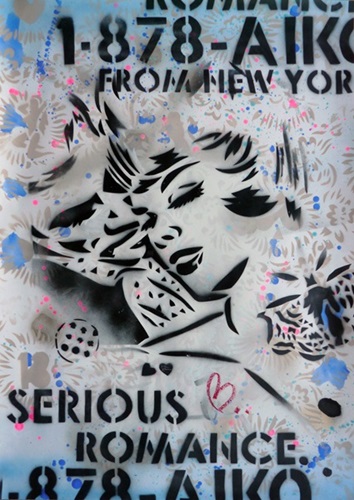 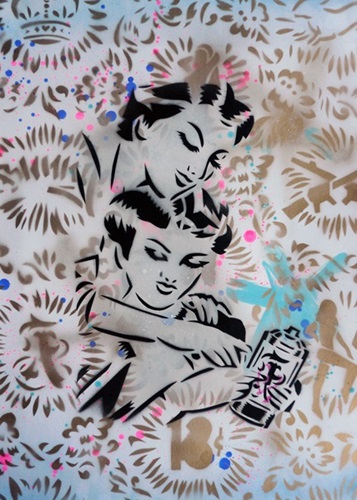 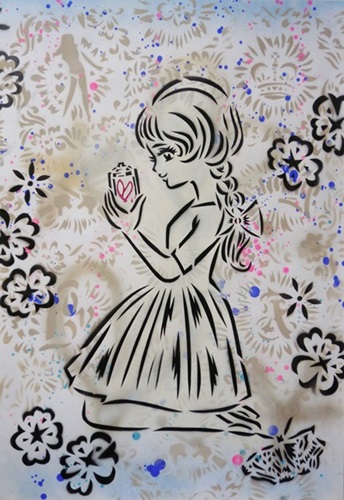 Sweetheart With Spray Can 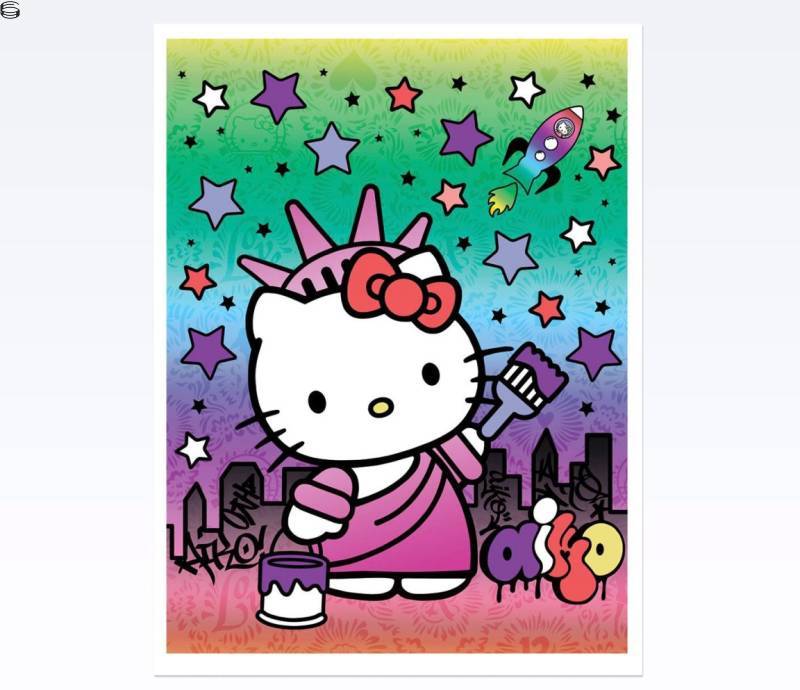 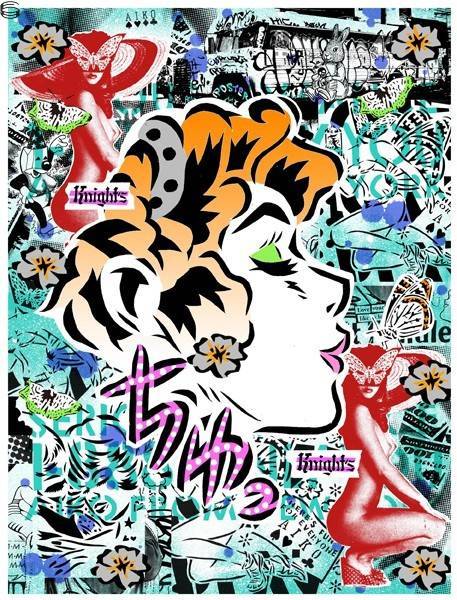